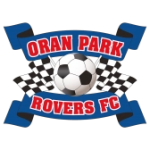 The Oran Park Rovers inaugural season was 2014. We started with just 3 teams based out of Wayne Gardener Reserve, Oran Park.

2016 saw the clubs first pieces of silverware with our U/12 Div 3 side finshing the season as Premiers and Grand Finalists, whilst our first championship came from the Over 35 Div 1 side, winning their respective Grand Final.

Since the move to Jack Brabham Reserve the suburb of Oran Park grew exponentially, which in turn also saw participation numbers grow to over 850 in 2020, making the club one of the biggest in the MFA (Macarthur Football Association), meaning the club had once again outgrown its facility.

Leading into the 2021 season the club will be moving once again to our brand new forever home of Doohan Reserve, a state of the art sporting facility, housing 4 full size pitches and a split level clubhouse.